Remember when Kobe was here? 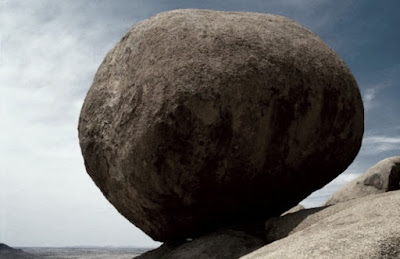 Somebody recently asked about my favorite Kobe Bryant moment of all time. I couldn’t come up with one. The thousands of games and tens of thousands of plays within all those games have somehow formed into composites—an athlete performing mind-boggling feats under washes of light and accompanied by a screaming sound chorus, moments that become isolated on sports shows and augmented by camera pans and time-altered effects until they simply become part of an ever-changing narrative.

Glory, defeat, shame, redemption, injury, recovery, debate, the bloom of youth to the inevitability of age, from his rookie year to this—hours before his final game with the Los Angeles Lakers.

I haven’t written much about Bryant this season. I can’t begin to explain why, except that it is some form of avoidance. And a rationale that if everyone else is doing it, there is no need for me to. What could I possibly add to that vast lexicon?

During training camp I contemplated a story that would take place in the present while imagining the future—one without the man. The idea that he has touched so many people in so many different ways, and a vacuum that could have a more lasting impact than some might imagine.

But I couldn’t really wrap my head around it all. Instead, I simply looked at box scores and read the commentary. I winced at the truly awful games and took small pleasures in those rare moments when a guy who should be in a wheelchair managed some approximation of the greatness he once was.

And a season slipped by.

He has outlasted several generations of players when you consider the professional lifespan of an average NBA hoopster is 4.8 years. Bryant’s two decades have not only put him into the fringes of uncharted territory, but have also resulted in a shifting and evolving attitude toward him, from those who played with him and those who chronicled his career. He has earned the well-deserved reputation of a difficult person to be around.

Fierce, uncompromising, competitive beyond what is acceptable even in the cutthroat world of sports.

In a Nike commercial in which athletes were asked to sum Bryant up in a single word, Kevin Durant said quietly, “asshole.”

There was an implicit respect in the curse.

Or as his onetime Lakers teammate Steve Nash mused on a different occasion, “a fucking asshole.”

But generational fluxes also play into these dynamics, the take-no-prisoners attitude exhibited toward peers becomes folklore observed by younger athletes growing up, who then become participants themselves.

What always struck me, above anything else, was the degree of difficulty.

Bryant set the bar impossibly high, Icarus flying too close to the sun but tinkering with the mechanics or “the process” as he always called it, in order to somehow avoid melting the wax and feathers. And when his plummet to earth inevitably happened, he took the road back as a Sisyphean challenge—a self-aggrandizing overachiever who pushed a too-large boulder up the hill over and over again, pausing only for ice baths or Orthokine knee treatments in Germany.

The impossible shot selections, the tendency to take over games, the tunnel vision that his way was not only the best but the only way, wasn’t the work of a guitar hero shredding without form or structure. Because his relentless film study, his analytical destruction and reconstruction of all known aspects of the game, recalibrated after each injury and the passing years, seemed to coalesce into airtight arguments, statements of fact and accomplishments so detailed and immense that it just became easier for others to simply give up in the end.

The last time I wrote at any length about Bryant was last summer, acknowledging the futility of adding to a story that has been so thoroughly covered for two decades by imagining what might lie ahead through a fictional construct:

Ask the average person how many articles have been written about Kobe Bryant and you’ll get a blank stare in return. Nobody knows but it is certainly a very high number. It would be like counting the mosaic tiles in the Basilica of San Vitale.

There are no new angles to explore, there is no new information to report. Past glories have been repeated to death and there are only so many ways to spin predictions for his probably-but-not-absolutely final season of basketball. There can be no criticisms that have not yet been voiced, no chronicling of hero shots that have been launched or death glares cast toward teammates. Or teammates who worship him or those who hate him, or new ones he hasn’t yet met due to a top secret gyrocopter excursion to a mountaintop retreat where he’ll undergo molecular cartilage transfusions in an attempt to grow a new finger in place of that hideous turnip currently attached to his right hand… or left hand.

Twenty years of witnessing a particular player, on television, in person, listening left-to-right on the radio dial while stuck in rush hour traffic on the way home from some job or another. Chick Hearn’s words eye view gave the kind of accompaniment that transformed to actual visual memories years later. Because these are all snippets, brush strokes that form a collective over time. Watching pirate feeds on a shaky dialup connection, commenting with bloggers on long ago threads that no longer exist, bantering on social media with friends from another place in time.

The passing generations were not only the players Bryant encountered and outlasted along the way, they were also the observers and the very methods of observation. The snake is long, 20 miles long.

ESPN’s Baxter Holmes recently wrote a stunningly good piece about the last true days of Bryant. Seven brutal games in which the gift and curse of obsession was on full display, the refusal to rest, the chain reaction of a freeway pileup in order to achieve a cause, leading ultimately to a blown-out Achilles tendon:

It's possible, in retrospect, to see what happened three years ago as something foreshadowed by ominous portents. The last game of Kobe Bryant -- the gladiator Kobe Bryant, the bulletproof, monomaniacal Kobe Bryant -- was full of such moments. But that's how history works. After the fact, everything is clear.

That should have been the final chapter, the ultimate body betrayal and self-destruction after so many wars.

Of course, that wasn’t how it ended. There would be a surgery to reattach the tendon after so many previous surgeries on other body parts, and months of rehabilitation followed rapturously by the media, followed by another season in which he broke his left knee after just six games, with another torturously long recovery period made even longer by all the previous damage done to his body. And that was followed by the Lakers signing Kobe to a new $48.5 million two-year contract. And then he was trotted out once more, only to tear his shoulder, requiring yet another operation.

They shoot horses, don't they?

And finally, one last farewell tour, one that could only have been imagined by the spirits of the underworld. Bryant, his body completely broken, soldiering through the worst season in his team’s entire history.

But somewhere along the line he finally came to peace with it all. The jaw-jutting anger from years past has been replaced by something we are far less familiar with. He smiles more easily now, laughs off questions he once would have bristled at, talks about gratitude and acceptance. Bryant has managed to hold his body together until the very end, the team leader in points per game, putting up 35 the other night against the Houston Rockets.

And the inescapable fact that he has been a pure joy to watch over these many years. We could still squint our eyes a little and see that guy.

How do you identify a favorite moment? It is elusive and subjective, with only one remaining sliver to grasp at. It is just hours before the final curtain. One more ice bath, the last drive to Staples Center and a gimpy stroll through a tunnel accompanied by cameras and shouted questions.

And then the wash of lights and the swelling sound.

Remember when Kobe was here?