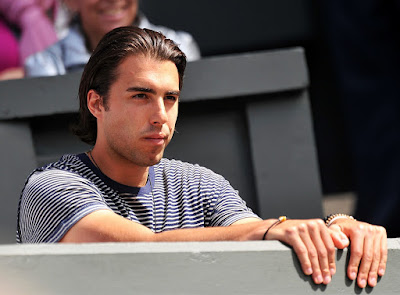 Aleksander “Sasha” Vujacic—known for psycho-ferret defense, fastidious eyebrow-grooming rituals at the charity stripe and the constant need to be loved—is back.

The former NBA combo guard has reached a one-year, veteran’s minimum salary agreement to join the New York Knicks. Forget the relatively inconsequential contract details—this is a story that could beget many other stories.

Born in the Socialist Federal Republic of Yugoslavia which transitioned into present-day Slovenia, Vujacic blazed a precocious path of teenaged basketball excellence in the Italian League before being drafted by the Los Angeles Lakers in 2004.

The 6’7” combo guard with mercury speed and erratic shot sniper tendencies, played the better part of six seasons in L.A., providing an impassioned bench presence that sometime bordered on a Cockatoo-like neurosis.

He was an irritant to opposing teammates as well as Jackson himself. In 2009, the coach zinged the five-year veteran, per the Los AngelesTimes (h/t @KG_NBA):

We just had to come to the conclusion that Sasha's just an emotional player that plays by the seat of his pants, and that's about it. He just doesn't have a brain. He's just out there whacking away and working really hard. He's not using his head out there at times. We're working with him, hoping that he will.

A decade later, Vujacic prepares to join forces with this year’s fourth overall draft pick, Kristaps Porzingis—a spindly and preternaturally talented 7-foot Latvian teen prodigy. This, amid an interesting and elusive time continuum as Jackson attempts to borrow from his own fading history books. He is trying to marry the past to the present in a league that, quite frankly, has moved on.

Vujacic picked up two championship rings during his run with the Lakers. But in December 2010, he was traded to the New Jersey Nets as part of a three-team package that returned 35-year-old Joe Smith and a couple future second-round picks. Smith averaged 0.5 points over 12 games and then retired.

In what might have been his last interview as a Laker before being heading East, Vujacic expressed frustration with reduced minutes while also providing a meandering insight into matters of fandom.

“It’s nothing in-between,” Vujacic said per Elie Seckbach. “Y’know, either to be or not to be. That’s what it takes to be on top. And that’s always why somebody will like you. But when I play I like to give everything I have. That’s one thing they will hopefully always appreciate.”

The Machine was once engaged to Maria Sharapova. He favors a miniscule headband that barely constrains his raven locks and is the founder and creative spirit behind Aleksander—a luxury red wine produced in Paso Robles, California. And, his basketball career continued after Los Angeles, albeit in a serpentine fashion.

The combo guard actually put up career numbers in New Jersey, averaging 11.4 points in 56 games. But then the NBA summer lockout of 2011 happened. Vujacic decided not to wait it out, signing for a full season with Turkish League powerhouse Anadolu Efes which subsequently led to a second season.

There were attempts to return to the NBA, usually heralded by Vujacic through cheerful social media workout messages and gauzy beach sunset photos. 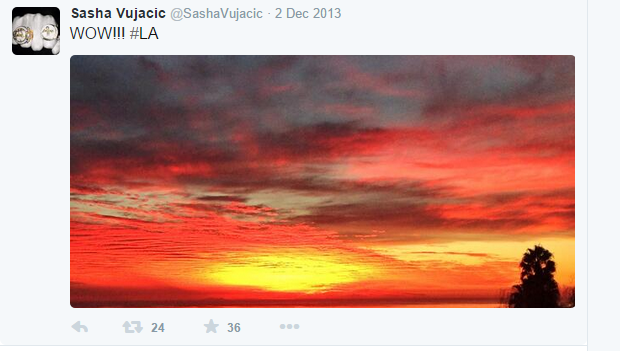 In February 2014 he appeared in two games and a total of 10 minutes for the Los Angeles Clippers.
Nothing speaks NBA oblivion more clearly than a 10-day contract with no further services required.
Not to be deterred, Vujacic headed back overseas, playing in both the Spanish and Italian Leagues before returning to Turkey.

Brief articles that have encapsulated Vujacic’s signing by the Knicks invariably question whether he has anything left in the tank. Yet, the Slovenian converted 44 percent of his shots from beyond the arc for Istanbul BB during the 2014-15 season.

He’s always had the ability to catch-and-shoot or let fly off the dribble, using his height and a high release to avoid approaching traffic.

The question isn’t necessarily whether the nomadic baller has the means to contribute, but the larger context of Jackson’s revisionist remake of the Knicks.

The Zen Master has a long habit of retreading veteran players, bringing Ron Harper and Horace Grant from his Chicago Bulls heyday to the Lakers in the early 2000s for instance. In returning full circle to New York where he began his career, the man with all the NBA bling assembled a coaching staff that not only included Fisher, but Kurt Rambis and Jim Cleamons as well—all longtime operatives in his Triangle system.

There aren’t many active NBA players left from Jackson’s coaching days—Kobe Bryant is entering his 20th season with the Lakers, Pau Gasol is with the Bulls and Trevor Ariza is with the Houston Rockets.

That left few viable options, save for the return of the Machine.

Vujacic will be joining a team that bombed out last season before restocking over the summer. His teammates will include Carmelo Anthony, Robin Lopez, Jose Calderon, Russian shooting guard Alexey Shved, rookie guard Jerian Grant (nephew of Horace), and Porzingis.

Notwithstanding Jackson’s long-ago lack-of-brain comments, the veteran guard shouldn’t have any problem snapping back into the old off-ball cuts and curls. He has also played under some true coaching legends overseas, including Duda Ivkovic and Zalijko Obradovic.

“Unceasing change turns the wheel of life, and so reality is shown in all its many forms,” is one of Jackson’s favorite sayings, borrowed from Nobel Prize winning economist Amartya Sen.

Vujacic has also been immersing himself in the ways of wisdom as of late, retweeting quotes such as: “The heart of the wise man lies quiet like limpid water.”

Come the fall, the onetime Celtic-slayer will break the glassine surface once again, part of a generation of basketball that is quickly fading away.

It’s not Vujacic’s last best chance to return to the NBA, it’s his last chance period.