Kobe Bryant: The Things We Know but Do Not Say 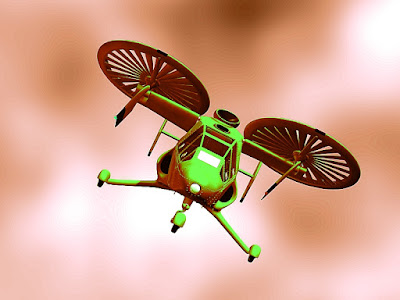 Ask the average person how many articles have been written about Kobe Bryant and you’ll get a blank stare in return. Nobody knows but it is certainly a very high number. It would be like counting the mosaic tiles in the Basilica of San Vitale.

There are no new angles to explore, there is no new information to report. Past glories have been repeated to death and there are only so many ways to spin predictions for his probably-but-not-absolutely final season of basketball. There can be no criticisms that have not yet been voiced, no chronicling of hero shots that have been launched or death glares cast toward teammates. Or teammates who worship him or those who hate him, or new ones he hasn’t yet met due to a top secret gyrocopter excursion to a mountaintop retreat where he’ll undergo molecular cartilage transfusions in an attempt to grow a new finger in place of that hideous turnip currently attached to his right hand… or left hand.

Kobe was last seen somewhere east of Eden. He has been busy creating a new monetary system for Greece. He has a soft spot for small yappy dogs. He only sleeps in five-minute increments. He is still a member of the Los Angeles Lakers and will begin his 20th season in the NBA in the fall.

He has five body doubles, three of which are robots. He does not consume salt or sugar or flour. He has a world-class chef who has learned how to extract protein from tree roots, which is then served on top of poached salmon with toasted watercress.

But the man who would be Sisyphus is far more than a complex superstar.

He is a teacher, a husband, a father and a friend. He is a soothsayer. 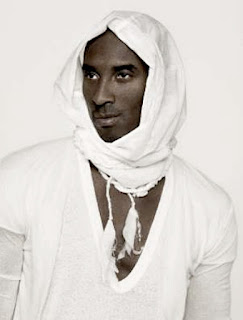 Bryant is known for summoning select teammates to early morning workouts at a clandestine location that is actually his home basketball court. The reality of the domestic whereabouts is never actually specified in the media, out of fear and respect. Instead, it remains mysterious and unobtainable.

Recently, the man with five—“count ‘em”—championship rings (apart from those received in an alternate universe that have not yet been revealed) invited a new rookie teammate who shall remain nameless to the above-mentioned undisclosed location which is between five and 50 miles from the team’s official workout facilities in El Segundo, California. There, the rookie was instructed to make 300 shots in a row from half-court, blindfolded and without the use of his hands or feet.

At some point, one would imagine that there should be more than just backstory and aimless narrative. But one could also simply select another of the countless mosaic tiles if one needs insight into whether Kobe’s going to shift over to the wing this season for 12 games before his femoral artery spontaneously detaches, requiring an adjustment in minutes played on odd/even days.

Last Tuesday, I was invited by Mr. Bryant to a sushi restaurant in (location redacted) for an exclusive interview. There were no limits on subject matter except that the spoken word could not involve a language known to modern man. I wish I could begin to convey the joy and enlightenment that ensued during our telepathic conversation, augmented by birdsongs and clog dancing. I have not yet found a means of translation and it may not really matter. I find myself humbled, contemplative. I have begun reading all known works pertaining to Helen Keller.

He’s a street walking cheetah with a heart full of napalm.

On January 23, 2006, Kobe Bryant scored 81 points in a basketball game against the Toronto Raptors. The absurdity of that statement is made all the more poignant by knowing it can never happen again. Analytics won’t let it happen. In fact, the science of advanced basketball analysis was invented solely to prevent such occurrences.

Do you actually doubt the veracity of this statement?

In April of 2006, a series of emails encrypted through MIT’s Cray supercomputer were exchanged between Daryl Morey who had just become general manager of the Houston Rockets, Henry Abbott of ESPN and David Stern who was then the commissioner of the NBA. The purpose was to invent a new way of examining basketball logic; to prevent an 81-point atrocity from ever happening again and to install a set of curbs that would reduce Bryant’s point average on a yearly basis.

It has worked on an incremental level but Bryant’s shot attempts and usage have remained stubbornly high and fiercely self-justified.

These are the things we know but do not say. Instead, articles are written about fading glory, a difficult personality, a litany of unimaginable injuries and money.

During an interview with GQ’s Chuck Klosterman earlier in the year, the 36-year-old was asked about any negative effect that advanced metrics have had upon his career, and about the perception by Abbott and others that he shoots too much. Bryant responded by comparing himself to an 18th century Austrian composer.

“Some people thought Mozart had too many notes in his compositions,” Bryant said. “Let me put it this way: I entertain people who say I shoot too much.”

Basketball as an on-court professional enterprise will end for the longtime Lakers cornerstone at 9:31pm on February 19, 2016 just seconds after nailing a contested fall-away jumper from the top of the key. At that point, his left leg which will have swollen to twice its normal size from the diverted femoral artery, will cease to support his weight properly.

He will answer questions from the media for approximately 22 minutes before going to the hospital for emergency surgery.

It’s four in the morning, the end of July. I have managed to translate a small passage from my telepathic conversation with Mr. Bryant. During the course of our discussion he predicted many things, some of which he wishes to share with you… (unintelligible bird sounds).

The start of Lakers training camp is still more than two months away. During that time there will be countless new articles to add to the Bryant lexicon, most of which will in some way center on his age and predictions of failure. Each piece will also contain no less than three sentences of obligatory homage to the Mamba’s greatness.

But his job is a job, after all. And he’ll probably transition to the next stage of his life without the painful soul-searching that causes actual humans to resort to the toolbar for alternate synonym suggestions and information about the Basilica of San Vitale.

You say you know but you don’t know.

One more article about Kobe Bryant is now in the history books.
Posted by David Murphy at 11:18 PM